The meaning behind green 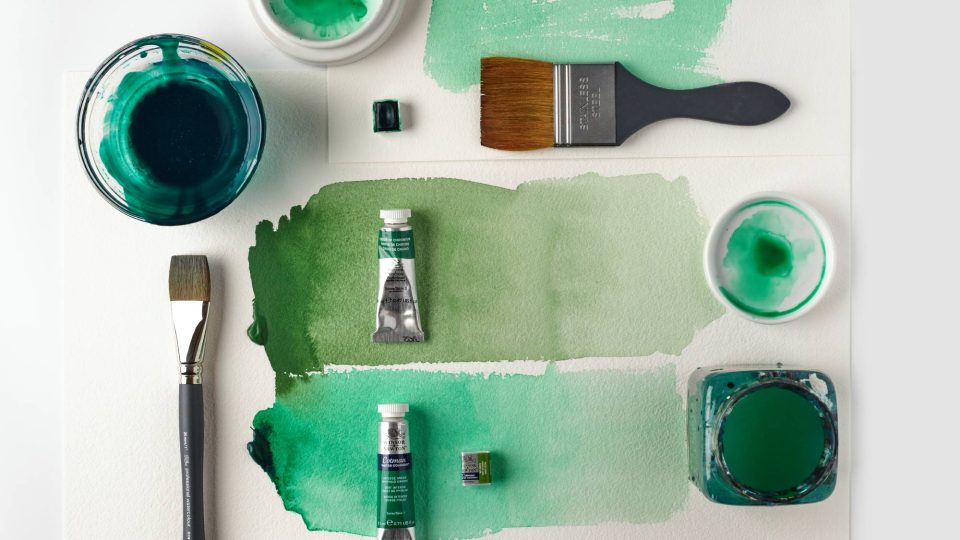 How often do you think about the backstory behind the colors you choose as an artist? Welcome to our in-depth look at what green means.

Maybe a lush evergreen forest or a lucky four-leaf clover. Thoughts of freedom, status, or jealousy may come to mind. But why do we perceive green in this way? What other connotations does it evoke? The fact that one color can evoke such a variety of images and themes is fascinating. 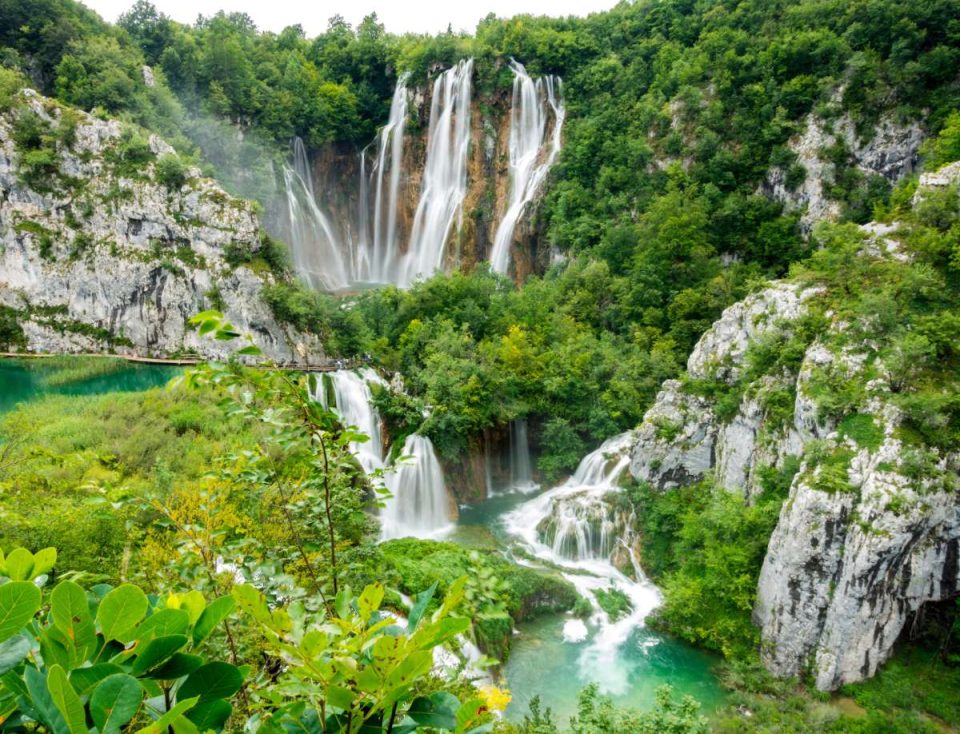 A new year brings new beginnings, budding ideas and new beginnings. Whether depicting growth, fertility or rebirth, green has been around for thousands of years as a symbol of life itself. In Islamic legend, the holy figure Al-Khidr represents immortality and is depicted in religious iconography as wearing a green robe. The ancient Egyptians depicted Osiris, the god of the underworld and rebirth, in green skin, as seen in paintings from the tomb of Nefertari dating back to the 13th century BC. Ironically, however, green initially failed to stand the test of time. Using a combination of natural earth and the copper mineral malachite to create the green paint means its longevity will be compromised over time as the green pigment turns black. However, the green legacy as a symbol of life and new beginnings remains intact.

In Japanese, the term for green is midori, which comes from “in the leaves” or “to flourish.” Crucial to landscape painting, green flourished in 19th-century art. Consider the mix of green and emerald pigments in Van Gogh’s 1889 Green Wheat Field, Morisot’s Summer (c. 1879) and Monet’s Iris (c. 1914-17). The colour further evolved from canvas to an international symbol, recognised in the Pan-African flags of the 20th century. Established in 1920 to honor the black diaspora around the globe, the flag’s green stripes represent the natural wealth of African soil and remind people of their roots. 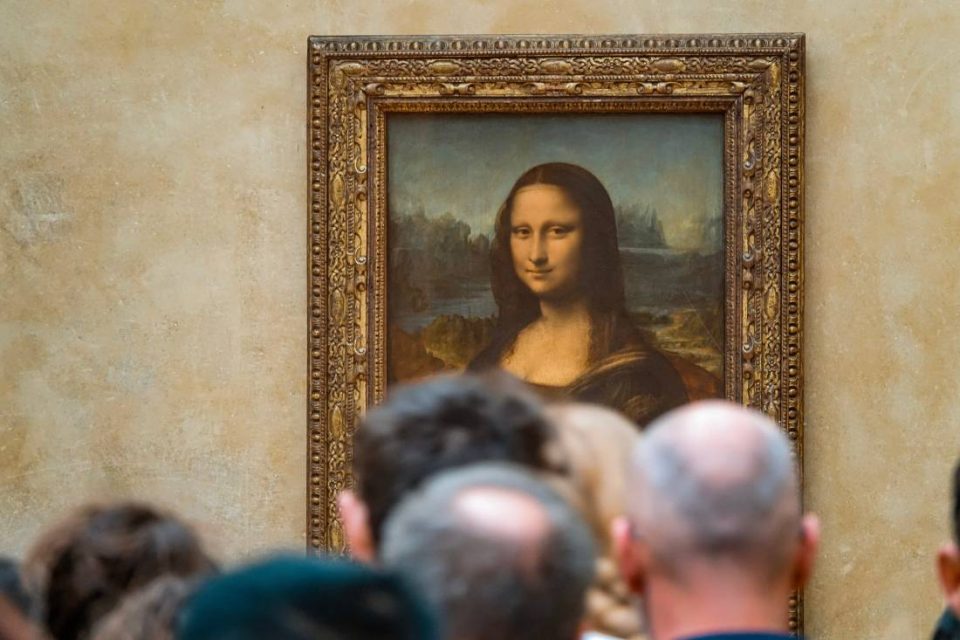 By the Middle Ages, European green was used to distinguish the rich from the poor. Dressing in green can show a social status or a respected occupation, unlike the peasant crowd who wears dull greys and browns. Jan Van Eyck’s masterpiece, The Marriage of Arnolfini (c. 1435), has drawn countless interpretations around the depiction of the mysterious couple. However, one thing is indisputable: their wealth and social status. Van Eyck used bright green for the ladies’ dresses, one of their rich giveaway cues. At the time, producing this colored fabric was an expensive and time-consuming dyeing process that required the use of a combination of minerals and vegetables.

However, green has its limitations. The most famous painting of all time depicts a model dressed in green; in Leonardo da Vinci’s “Mona Lisa” (1503-1519), the green dress indicates that she came from aristocracy, as red was reserved for nobility. Today, the relationship with greenness and social status has shifted to financial wealth rather than class. From the faded green of dollar bills since 1861 to green tables inside casinos, green represents a major change in the way we quantify our place in the modern world. 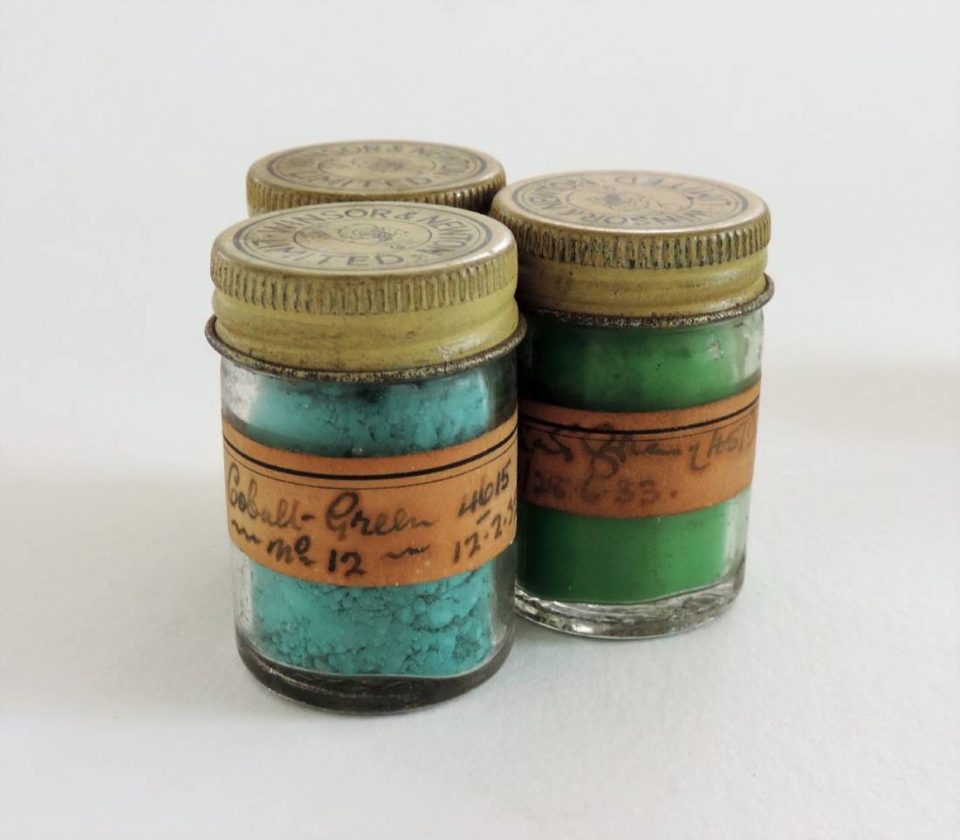 Although green has been associated with disease since ancient Greek and Roman times, we attribute its connection to jealousy to William Shakespeare. The idiom “green-eyed monster” was originally coined by the bard in The Merchant of Venice (circa 1596-1599), and “green eyes of jealousy” is a phrase taken from Othello (circa 1603). This unreliable association with green continued in the 18th century, when toxic paints and dyes were used in wallpaper, upholstery and clothing. Greens are easier to create with brighter, longer-lasting synthetic green pigments, and the now infamous arsenic-containing Scheele’s Green was invented in 1775 by Carl Wilhelm Scheele. Arsenic means for the first time a more vivid green can be created, and its bold hue was popular in Victorian society in London and Paris, ignorant of its toxic effects.

The resulting widespread illness and death caused the color to cease production by the end of the century. More recently, L. Frank Baum’s 1900 book The Wizard of Oz used green as a method of deception and deception. The wizard enforces a rule that convinces the inhabitants of the Emerald City that their city is more beautiful than it really is: “My people have worn green glasses for so long that most of them think it really is the Emerald City. Also, when the film studio MGM decided the Wicked Witch of the West would be green in color, the 1939 color film adaptation revolutionized the face of witches in popular culture.

Green has been used to represent freedom and independence since the 20th century. Art Deco painter Tamara de Lempicka’s glamorous 1925 self-portrait of Tamara in a green Bugatti was featured on the cover of German fashion magazine Die Dame and has since become a symbol of the rising women’s liberation movement of the early 20th century. While the artist himself does not own the car of the same name, Lempicka in the driver’s seat represents a powerful ideal through art. More recently, in 2021, actor Elliot Page adorned the lapel of his Met Gala suit with green carnations; a tribute to poet Oscar Wilde, who did the same in 1892 as a sign of secret unity among gay men. Today, this statement can be seen as a sign of freedom and open solidarity in support of the LGBT+ community.